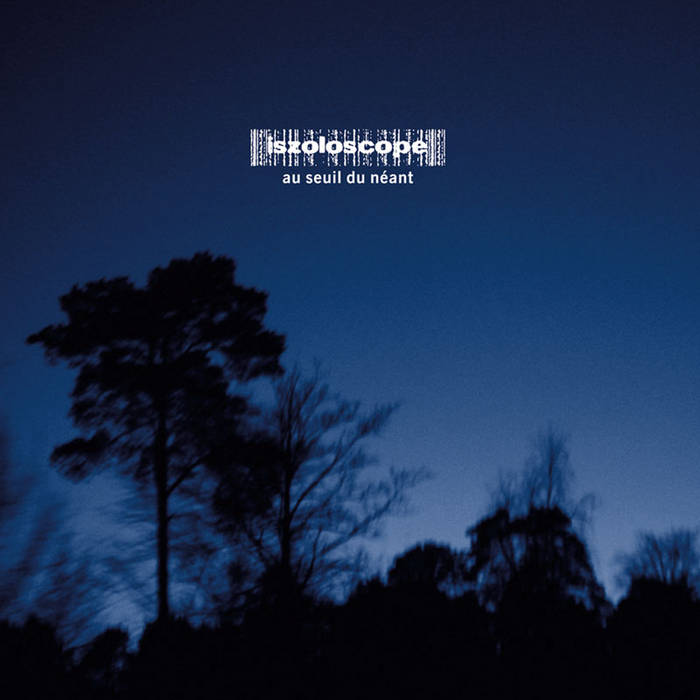 'at the threshold of nonexistence, i become something completely different. i become the probability, i become the horror, i become what we know we can become only in our heart of darkness.' (iszoloscope)

the concept behind iszoloscope is an artistic portrait of the effects of isolation on judgment, mental health, interpersonal values and anger toward a human being. an accoustic interpretation, in a very personal way, of its consequences on one's mind. that is the inability to express and understand thoughts/feelings that result in irrational thinking and the overwhelming anger that climaxes in unpredictable cycles.

in 1999, françois bénard & yann faussurier, both from canada, decided to start a project that focused on their own sound; they already had a background as experienced djs at a local radio station and both had time on their hands. as such, they began to experiment. in early 2000, after creating several different ambient, experimental, industrial/noise and rhythmic compositions, the two named the project iszoloscope. in august 2000, iszoloscope performed for the first time as a live act. in the fall of 2000 iszoloscope was contacted by spectre records (belgium) in regards to releasing their first cd. this cd release was launched on september 11th, 2001. 'coagulating wreckage' focussed on the 'darker ambient-industrial' side of iszoloscope. in may 2001 the lineup changed after françois bénard departed the band. in october 2001, iszoloscope was invited to perform, for the first time outside of canada at the legendary maschinenfest in aachen, germany. this rhythm-based live-set caused euphoric reactions from the audience and there were many requests for recorded material. the first step - after the release of the 'aquifère' cd on nautilus - was the collaboration 3" cd 'the blood dimmed tide' with antigen shift. now, ant-zen presents the first rhythm-oriented full length album !

the production work on 'au seuil du néant' took two years, and you will understand why when you hear the final result. it is powerful and straight but it is also a very complex block of rhythms, which are combined with dark, droning atmospheric soundscapes (a specific feature of iszoloscope's sound). unlike other dark rhythmic projects, iszoloscope’s rhythms don't overwhelm the drones with their loudness - the combination in intensity and volume is just mind blowing.

so if you think the rhythmic noise (or whatever you call it) genre only repeats itself and there is no innovation anymore - taste this - you won't ever regret it.