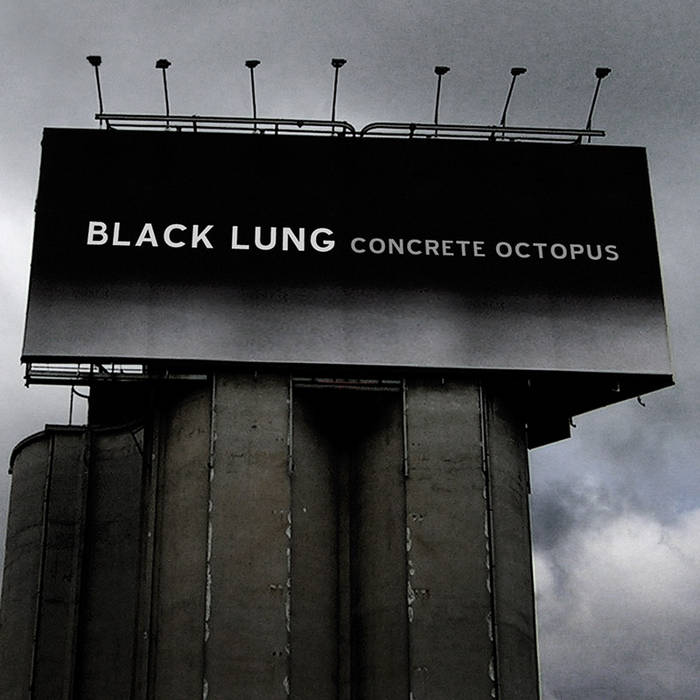 "the united states is the wealthiest nation in the history of the world, yet its inhabitants are strikingly unhappy. accordingly, we present to the rest of mankind, on a planet rife with suffering and tragedy, the spectacle of a clown civilization. sustained on a clown diet rich in sugar and fat, we have developed a clown physiognomy. we dress like clowns. we move about a landscape filled with cartoon buildings in clown-mobiles, absorbed in clownish activities. we fill our idle hours enjoying the canned antics of professional clowns. we perceive god to be an elderly comedian. death, when we acknowledge it, is just another pratfall on the boob tube. bang! you're dead!"
(james howard kunstler, home from nowhere)

first came 'karmageddon', then 'the coming dark age' - together with 'concrete octopus' david thrussell serves a fine cd/vinyl-sandwich. 2 tracks on this lp are featured on 'the coming dark age'; however, the two 'concrete octopus' remixes and three new unreleased tracks will keep you dancing & thinking - after all, that's what black lung stands for. the listener will find sir real's distorted big beats, hecq's sound wizardry, drilling basses and the final 'fissure of baal' collage - get the official record for people who are afraid of, or just plain hate, creepy, evil clowns. yes...this is the no clown zone!

conceived and executed by david thrussell.
recorded at the mountain view estate.
published by festival music 2005