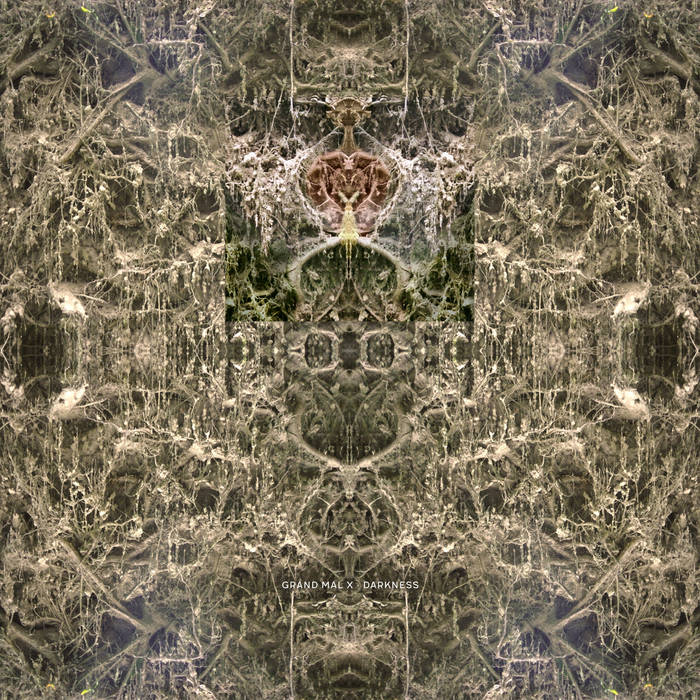 'before light there was darkness. without darkness no bright stars.' (grand mal x)

those who are familiar with michael idehall's 'solar symmetries' release on ant-zen might have noticed the great remix done by a lesser known project: grand mal x. starting in 2010 this act from solna / sweden soon was well-established in the underground cassette scene (f.e. on trepaneringsritualen’s beläten label) before releasing its first vinyl twelve inch on kess kill. with 'darkness', created after a long period of deeper research, grand mal x‘s first full length album sees the light of day, an album whose concept is based on the seemingly negative meaning of the term 'darkness' itself. death and life can not be separated - present in constant transformation, or as carl gustav jung wrote: 'one does not become enlightened by imagining figures of light, but by making the darkness conscious.'

drawing from a long and wide palette of influences ranging from dynamic meditation and painters like arnold böcklin to sonic artists like suicide, coil, rune lindblad, and even skogen, bathory and afrika bambaata, grand mal x is an act that refuses to be pigeon-holed soundwise. its music touches the crossroads of minimal electro-punk, dark synth pop and classic industrial. it‘s moody and gloomy, yet also spiritual and empowering. a sound that is at once danceable and disturbing, abstract and catchy, presenting a sonic film noir with an unusual amount of depth and maturity below the disarming and vicious surface. deep pulse drum machine patterns and cracking bass sequences build a solid foundation for carefully inserted electronic treatments and expressive vocals adding a sinister human element to the synthetic audio makeup.

a positively dark, unmistakably swedish release with a deep flow, suitable for home and club environments, and to those who recognize darkness as the dark matter in the genetic code, the blanks, the irregularities...