dust forbids the bird to sing

by anatoly grinberg and mark spybey 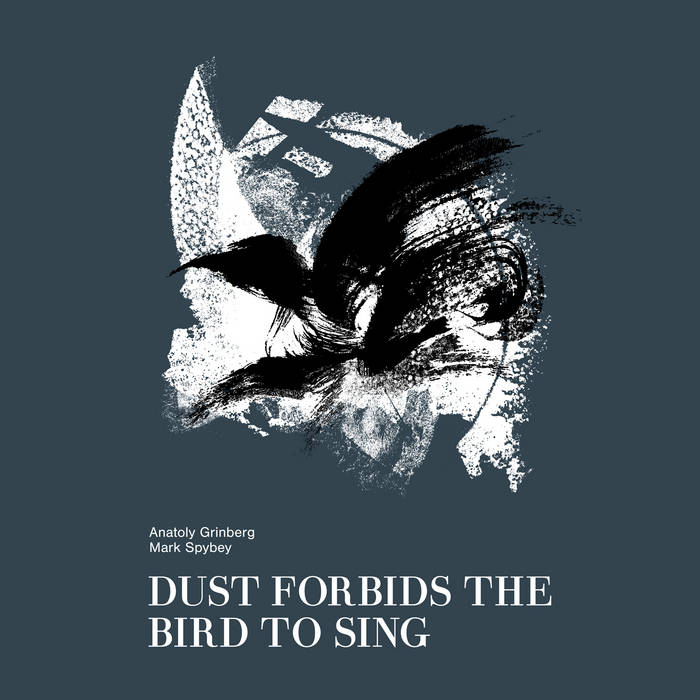 'dust forbids the bird to sing' is the second chapter of the rich and fruitful collaboration by anatoly grinberg & mark spybey. it is a deeply moving sound object buffeted by a continuous cinematographic tension hinting at something hidden right behind the shadow of a thinly layered sonic veil. the outstanding production and masterful control of individual frequencies creates a context and an understanding within itself. a very fascinating and multi-directional work of ambient music and due to its sophisticated environment and the darkness that emerges, it flies to lands disfigured by the violence of the human soul, a bottomless black hole with irrevocable desolation. lush, atmospheric and hauntingly dark dust forbids the bird to sing.

anatoly tokee grinberg
anatoly grinberg aka tokee is a sound mixer for films and tv series, mastering engineer and electronic music composer based in moscow. anatoly learned sound engineering and the craft of mastering in the israeli school of sound in tel aviv and started composing music in the early 00’s. his first work was released under the alias arg for the us label bedroombrain records. anatoly has mastered a number of releases over the years for mark spybey along many other artists. they were introduced by a mutual friend and after a while decided to try to collaborate on one track together. mark liked what he heard and within days, the pair had fleshed out the basis for their first release for ant-zen records that saw the light of day in the autumn of 2019. the album was entitled 123m.

mark spybey
spybey started his career in the north-east of england with zoviet france in the late eighties before moving to vancouver. it was here that he started working under the name dead voices on air and was a member of the post skinny puppy band download with cevin key. spybey was the voice of perhaps their most successful release, 'the eyes of stanley pain'. after leaving download he started a series of collaborations, appearing on over 50 albums in a five-year period. perhaps his most significant honour was being asked to be part of can guitarist michael karoli’s band sofortkontakt! and appearing at the can 30th anniversary shows in 1999. spybey also toured in north america with michael karoli as part of can vocalist damo suzuki’s network in 1998. spybey has recorded and played live with a host of collaborators including faust, robert hampson (loop/main), simon fisher turner, members of the legendary pink dots, mick harris (scorn, painkiller, napalm death), jarboe (swans), james plotkin, not breathing, pigface and martin atkins. most recently spybey has partnered with ex-zoviet-france founder robin storey (rapoon) in reformed faction and fellow download member, the late phil western in beehatch.