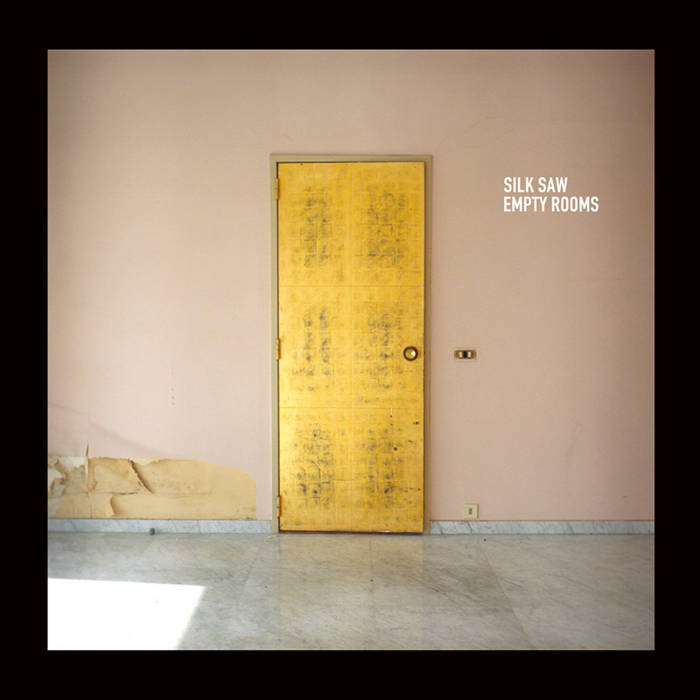 all the tracks on this album are based on material composed especially for a french play called ‘les chambres d’œdipe’, an adaptation of hölderlin’s translation of ‘œdipus tyrant’, by sophocles. ‘les chambres d’œdipe’ was performed in november 2003 and february 2004 at the théâtre méga-pobec in evreux, france. the first performance took place at the fear drop festival (les nuits de l’observatoire) and silk saw played live for every performance. it was a real pleasure for the duo to work with the five comedians and the producer jean-pierre brière for the two weeks preceding the shows. before the final cut there was a lot of musical experimentation with the actors. the play lasted approximately two hours and every composition was intimately tied to the drama, except ‘konservatorium’, which was the introduction to the show (whilst the audience was arriving) and ‘einaktiges stück’, which was the conclusion. in order to achieve a proper life independently of ‘les chambres d’œdipe’, most of the tracks were strongly reworked at laboratoire central (some months after the performances).
(silk saw, 2005)

staging: jean-pierre brière. actors: marie crouail, stéphane fauvel, laurent frattale, christian geoffroy and stefano gilardi. some voices and noises that were performed by them during the play are integrated into the tracks of this album.


if you never have the opportunity to watch the play don’t worry - this soundtrack featured on this album speaks for itself. once again, gabriel severin and marc medea lead the listener into a strange, dark, and threatening parallel sound universe. if you are familiar with silk saw’s former works you might be surprised by the unusual straight ahead beats on track 1, but soon the typical silk saw-ish rhythmic patterns take over. usually silk saw avoids the usage of voices but in this production the sometimes manipulated embedded vocals compliment and add to the soundscapes. also noticeable are the very strong sub-basses and unusual (for silk saw) distorted noises which transform the frightening and sometimes aggressive atmosphere into a climax. friedrich hölderlin died after 35 years of psychic paralysis, do not forget this while listening.