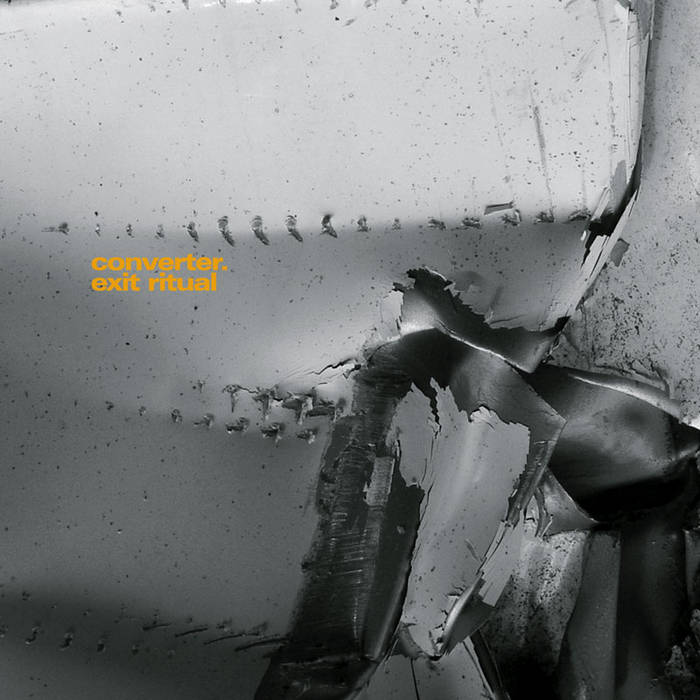 converter's music is oftenly described as 'power noise' - which means, in this case, rhythmic noise. as for 'shock front' this description was spot on. on 'blast furnace', converter added a dark ambient styling to the rhythmic rage; which was quite a surprise for the “hit the dance floor noise addicts”. however, this combination worked perfectly. after “expansion” which contained older and brand new material, lots of listeners asked "where does this highway lead to?".

converter's aural universe was always desolate and sometimes threatening. “exit ritual” continues this path but this time around sturgis’ uses his nightmarish sound injections in a more subtle way. so, can we still speak of 'power noise'? sure we can !

sturgis intensified the dark mood and slowed down the beats - it also seems that he explored the roots of industrial. just listen to 'in ruins...', a punching, slow loop and harsh metallic clashes which could have been taken right out of an old s.p.k. tune - anyone remember 'leichenschrei'? maybe, the listeners of scandinavian 'death industrial' will also love this cd? for example, the deep drones and foggish vocal samples in 'dronr(itual)'.

yes, this is a rhythmic but listening at home is recommended (for most of the tracks). if you think the entire cd is a 'moody one' then check out 'order/creature' and you will march right into volunteered slavery!