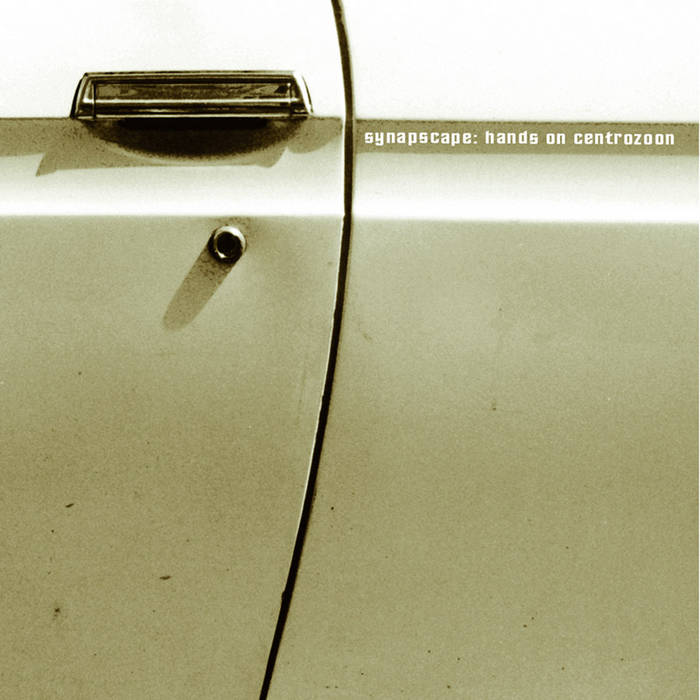 Paul Jetten i had forgotten how much i love this ep. great to get it again Favorite track: girl of the week.

this happens when two worlds collide.

on one side the unique world of centrozoon and on the other side the incredible synapscape - both poles lead to a special collaboration which lead to more than just ‘remixes’.

so they decided to call it ‘hands on…’. it’s five times a mutation. but mutations always go their own ways, so no method is comparable to the other.

centrozoon is an amazing duo consisting of bernhard woestheinrich and markus reuter. they met eight years ago to create experimental improvisations. their aim is to create all music in real-time in order to realize the instant flow of inspiration.

markus plays touch guitar and manipulates his sounds with a bunch of extraordinary effects, creating sounds and loops which do not resemble guitar-based sounds. bernhard plays synthesizers, programs rhythms, and makes treatments.

their music varies from unearthly atmospheric soundscapes to tribal rhythm pieces that sometimes reflect a hint of pop - in their own unique way. centrozoon’s live performances are very energetic and always different because they do not reproduce their recorded tracks but create new improvisations or unexpected variations of existing centrozoon-tracks. centrozoon are always open minded towards other musicians so they have participated in various collaborations; bernhard and markus made some recordings with phil nova, and bernhard made an album together with p.muench called ‘show of exaggeration’. they recently started work with tim bowness (singer of no-man), mixing the unique centrozoon-style with song structures and decadent lyrics.