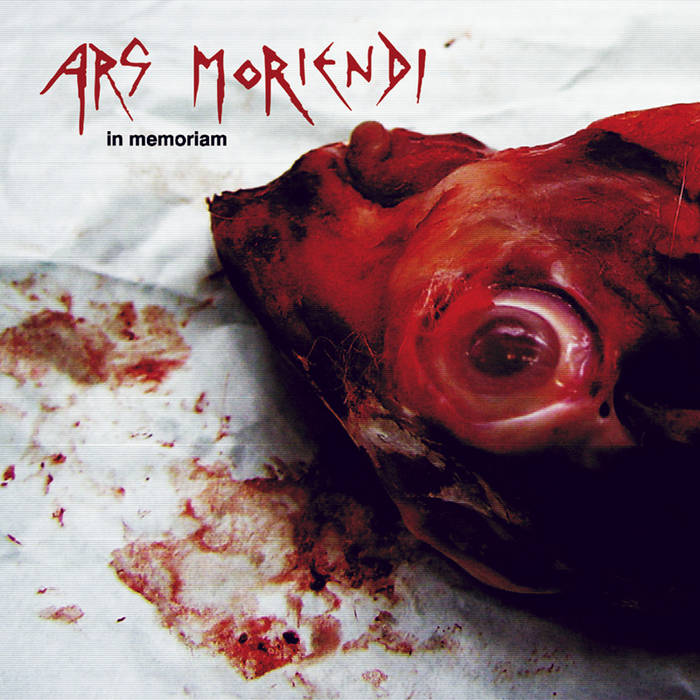 ars moriendi was founded in 1989 by p. münch (rhythm, synths, metals), a. schramm (guitar, voice), s. pügge (voice, metals) and u. münch (bass, voice). in march 1990 they released their first tape (dildo), which was a strange mixture of punk, new wave and experimentation. during the summer of 1990 u. münch left the band due to the fact that a.m.'s style became more electronic orientated. after their second tape (freudentränen), a.m.'s music developed into a darker and more ritualistic sound. in 1991 a. börner (synths, voice) joined the band and they spent a lot of time developing a new direction. a direction that could be heard on the tapes 'über-leben' (1993) and 'boom survivor' (1994), in addition to their more song orientated work they did the 'hexass' project. this project only used tapes/effects and the result was a noisier and more collage oriented work. in the end of 1994 a.m. came to an end because the solo-projects of all the members became more important. their first vinyl release, 'the final document', was also their last official one. the cd+lp set 'memorandum' was a final retrospective of the work that ars moriendi did between 1990 and 1995. in short it was a collection of tracks previously released on different tapes. "endlich - es ist vorbei!" (a.m.).

hmmm... or was it? it seems not. the announcement of an a.m. live performance that features almost all of the original members at maschinenfest in aachen was the initial surprise, and now ant-zen presents a 7" containing three songs already released on tape but re-recorded this year!

compared to the a.m. members' other projects (synapscape, asche, morgenstern, templegarden's, the rorschach garden, m.o.a.t.a. omen...) ars moriendi is the most 'band oriented' project to date. you can even find guitars on this 7" and the distorted strings add almost a 'rock' feeling to the harsh power-rhythms and the german vocal screams. their ambient roots are replaced here with some good, rough, dirty e-rock'n'roll (or maybe punk?). enough to keep your party going!