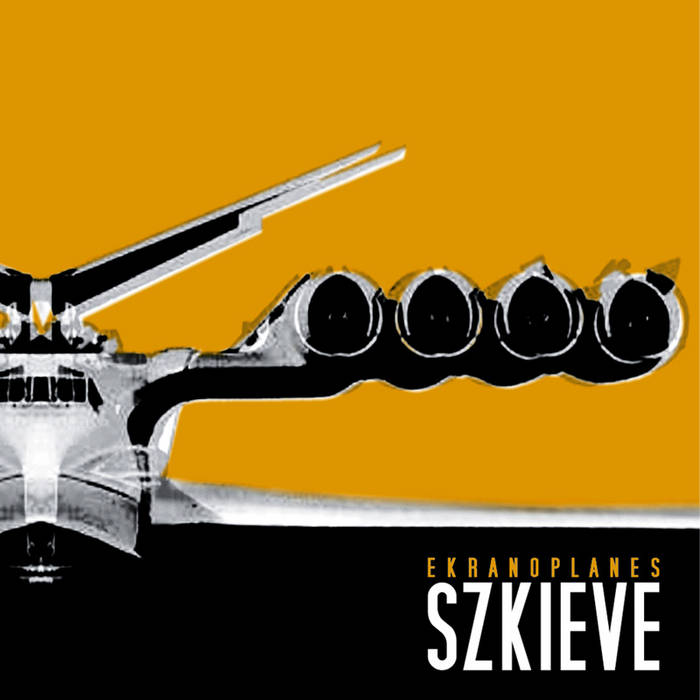 szkieve (pronounced s-kee-vh, a misspelled equivalent for the word "skew" in the brussels’ dialect) is dimitri della faille who founded the project in 1998. he was born and raised belgian and is currently living in montréal / canada. dimitri is currently working on his phd thesis in political sociology and during his graduate studies he visited several universities in argentina, belgium, canada and the united states (as a student or a scholar). besides several szkieve releases, dimitri has also collaborated with martiens go home and vromb, made a split-vinyl with ammo and performed live in europe and in north and south america.

szkieve's music is made of intense and complex compositions that assemble rich textures and expansive sounds. this is then combined with chords, string melodies and high-pitched synthetic tones. szkieve's sound explorations could be described as 'scientific', comparable to the works of modern electronic composers. but instead of 'dry, academic experiments’, szkieve transforms moods into music and the result is quite unusual for this genre.

'ékranoplanes' is a concept work:
because they require huge amount of resources and money, science and technologies have always been at the mercy of politics. this mini cd is a study of a lost technology of the former soviet union. that is, the futuristic vision of one man confronted by the needs of a country engaged in a battle for the world. ékranoplanes are the platypus of transportation, they are both planes and boats or something entirely else. these incredible monsters of steel and oil broke the waves of the caspian sea while intelligence around the world were still trying to figure out what they were. made of tons of rivets, motors and grey matter - those having the chance to spot such a special animal never forgot the sound of its metal bouncing on water or its wings cutting the air. with this release, szkieve renders the grandeur of this forgotten technology and pays a tribute to the developments of modern science.