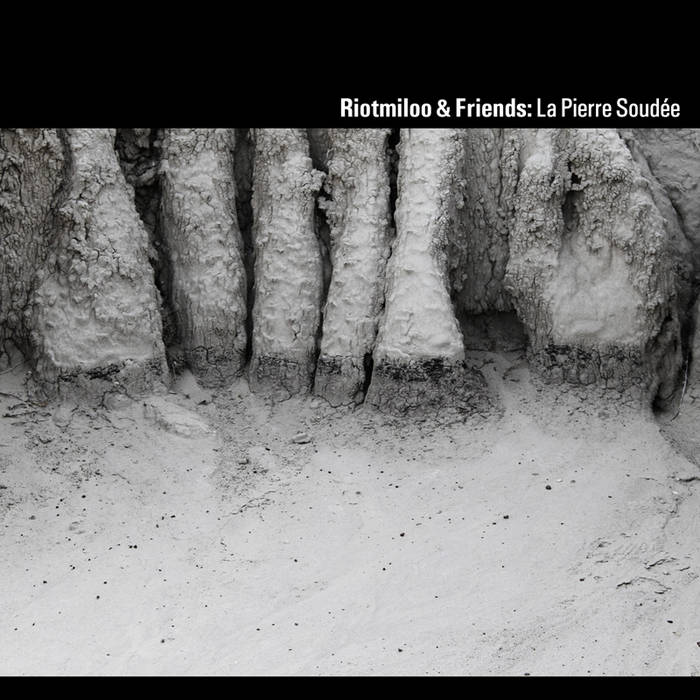 'the consequences of confrontation must be borne by those who struggle, and these are the realities which so often escape outsiders.' soon-young yoon

'la pierre soudée', riotmiloo’s first personal album, is a careful selection of past and present real life stories compiled in eleven tracks documenting women’s suffering in the world. the title is borrowed from french sociologist pierre bourdieu’s book 'masculine domination' in which he describes how language defines and perpetrates symbolic violence against women; the album expands on this idea through story telling.

in this release, riotmiloo has collaborated with ten artists from diverse musical backgrounds, e.g. dirk ivens (dive, sonar...) and till brüggemann (gerechtigkeits liga), exploring different sounds, textures and rhythms. the music creates an emotional journey ranging from dark ambient soundscapes to powerful rhythm and noise supporting a vocal delivery that is in turn melancholic or intense. from the slow hypnotic opening title track which features eva|3, the mournful trip-hop influenced 'child bride' with new zealand's scalper and anthemic 'freedom from fear' with babylone chaos to the uncompromising collaboration with chrysalide 'i was once' and distorted power electronics 'monster' feat. philipp münch, each song displays the strong personality of the artist involved while contributing to the cleverly crafted narrative. 'the welded stone' concludes the album by conveying the concept of a cold entity forcefully shut or fused to its surroundings while reminding us that it affects us all, we are all welded stones…

'la pierre soudée' distinguishes drastically from usual debut releases. besides covering all facets of contemporary industrial music, attentive listeners will also be captivated by the exceptional and emotional lyrics. a remarkable collaborative work and a disturbing statement at the same time - highly recommended.