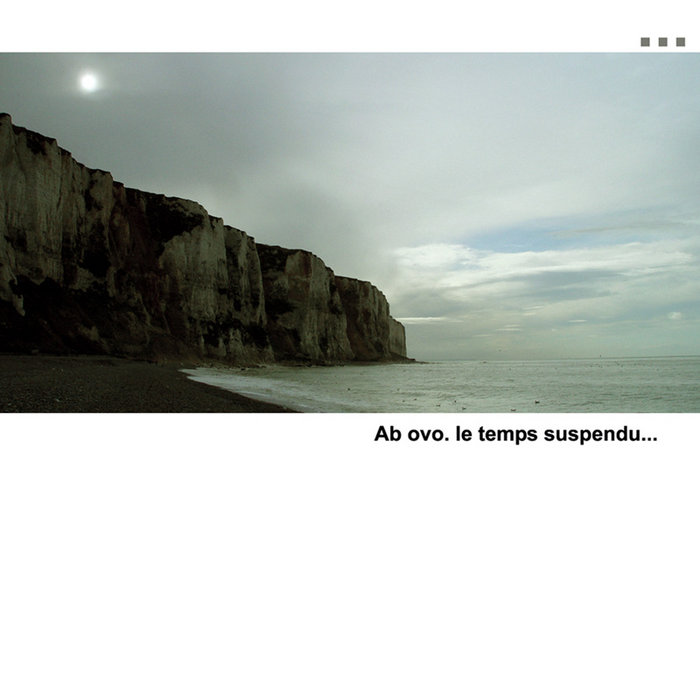 in 1991, jérôme chassagnard and régis baillet started their sound explorations as a unit named ab ovo (latin “from the egg”; in literature, the practice of beginning a poetic narrative at the earliest possible chronological point).

the first aural experience that was produced for the public was the cd, 'panorama 94-96'. this set the scene for future ab ovo releases - such as 'strates' (1998) and 'triode' (2000). every release is an evolution of sound - each cd has more of an electronic influence than the previous. however, this influence is skilfully mixed with noise-tunes and melodic structures.

four years have passed since 'triode', and now the current state of the project's evolution can be heard on ant-zen's first ab ovo release: 'le temps suspendu...'. it is presented as a double cd - cd 1 includes the album itself, cd 2 contains remixes of past and present ab ovo tunes. remixes that were done by von magnet, mimetic, haiku emphasis and others.

'le temps suspendu...' can be described as mostly quiet, but never soothing. melodic soundscapes, distant, oftenly semi-comprehensible voices and rhythms fade in and out. the listener is lead into a nightmarish view of the mind's eye. there is always an irritating detail. for instance, the looped laughter sample on 'horizon vertical' which disturbs the soft ambience and turns beautiful tracks into imaginary david lynch or stanley kubrick soundtracks. imagine transplanting the icy world of geir jenssen's early works into warmer regions, then you might have a description of 'le temps suspendu...'s mood.

six artists remixed 10 ab ovo tracks on cd 2 - this cd can be seen as an album in its own right; ab ovo's basics turn into collage-oriented work (spuma, un jardin si secret...), a melodic and slightly drum-and-bass oriented piece (the sky horses) or a danceable trance-techno track (soundgate). the 'horizon vertical' remix focusses on the melody and this shows a different aspect of ab ovo’s material (since the voice sample is not present).

a highly recommended release which is best enjoyed at night - at the borderline between sleep and awake.