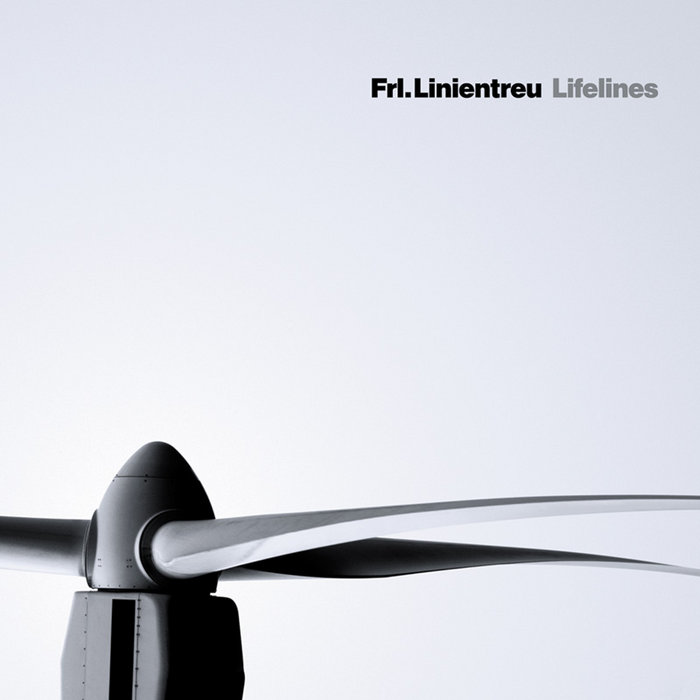 frl. linientreu has been in the public eye for three years – but possibly it is an unknown fact that ina peters had already started to make music at the age of 5. However, besides her own project, she is also a member of the german industrial / techno / comedy project schlauch 2 elf. and after various live appearances in germany (also at maschinenfest 2010) and one cd-r release on le petit machiniste, ant-zen and l.p.m. are proud to present this outstanding artists' second album.

in her own words, lifelines is intended as a kind of biography. lots of emotions have been changed and filtered into sound which was helpful to bring certain phases of her life to an end but also to turn over a new leaf. music as a medium for ideas and feelings - a reason to go further and not to remain in paralysis. as a result of this melting pot of expressed emotions, a large variety of musical styles is displayed here. ranging from heavy-handed fast technoid rhythmic attacks (von schrecken und schönheit des verhörens, empty), chilling ambient with idyllic synth melodies (ode an die stille, different in this life), and vexing collages (licht an!) to minimalistic electro pop with bass guitar and vocals (spiel mal minimal ey!), this album demonstrates frl. linientreu's amazing eclectic skills. the additional remixes append a tightrope walk between breakbeats and breakcore (saturmzlide) and distorted dance beats combined with an unexpected radio interference.

musically and personally, lifelines displays an accumulation of many directions. whether it is industrial (in its many forms), ambient, soundscapes, electronica, or idm - all this and more result in frl. linientreu's aural visualization. an album as manifold and complex as life.