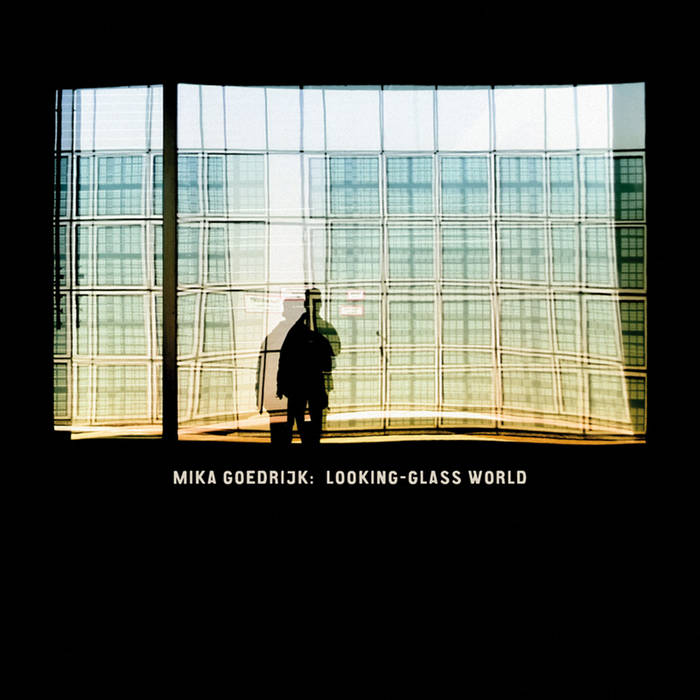 "7. the isaacson foundation. is it so terrible not to keep the matter in my heart, to get the matter out of my heart, to empty my heart of this matter? what is the matter with my heart?"
the book of daniel - e.l. doctorow, september 1972

there is no link to the work of lewis carroll even though the album title may suggest it. so don’t go there….

i took a long look in the mirror and decided not to talk about the past or future, but about the present. they are all intertwined anyway, so making an artificial distinction between them is a useless act. the post-modernists' "tricks of the trade", if you will, of intertextuality and author's intervention (typical of doctorow's style of writing in the book of daniel) were used in this recording. but i let the mirror image do the "intruding" and be an "intertextual" factor. afterall i wasn’t writing a book like doctorow did. i did not always agree, but i thought it was time that "it" had its voice, so i did not waste any time on pointless arguing with myself. instead i reasserted my disagreement with derrida's "end of the great stories". every story needs to be told and the listener decides for him/herself whether the story is great one or not. there are no guidelines or rules in this process - no matter how hard scholars try to convince you that there are. whether this recording is "understandable", "recognizable" or "transparent" to the listener is not my concern. it is what it is: me and my mirror-image - nothing more, nothing less. enjoy.
mika goedrijk. march 2010


one year after pellicules, mika goedrijk presents the next aural view of his inner self with looking-glass world. musically, the self conceptional shift into the world of ambient idm sounds is evident.

looking-glass world is an album of otherworldly ambience entwined with a blend of acoustic sounds and sheets of sequenced patterns. a highly aesthetic sonic universe, where moods and mastery melt into warm, repetitive arrangements. have a look into the looking-glass world.