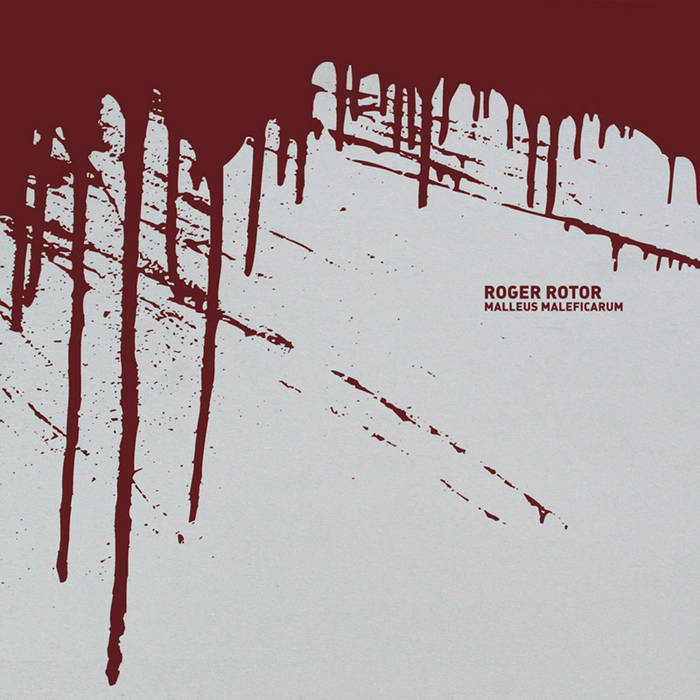 born, raised and residing in switzerland, roger rotor has worked as an electronic musician since 1993. his first solo record was released in 1999 and prior to that, he performed in several bands with varying musical styles. some of these projects date back to 1983. rotor’s earlier releases are more noise oriented and as such it was quite a surprise when he confronted the unprepared audience of maschinenfest 02 with a straightforward rhythmic 4/4 beat attack. people asked for records and exactly one year later he has delivered his debut ant-zen full length.

the malleus maleficarum (the witch hammer, geman: der hexenhammer), first published in 1486, served as a guidebook for inquisitors during the inquisition and was designed to aid them in the identification, prosecution, and dispatching of witches.

'i always wanted to use 'malleus maleficarum' as an album title', says rotor, 'and i think this title fits perfectly for this record. it shall be an 'inqusitional guide' to identify, prosecute and dispatch awfully bad electronic music - so-called "living-room techno" - but of course, as with lots of my works, you should see it a bit humourous. but of course my aim is also that people should take a look at the original book, highly recommended... and as an old heavy metal addict i surely like things like that, haha!'

do you recall 'drown delay' on the daruma compilation? did you like it? then this is your cd! comparisons? well, maybe to styles, not to artists. the rhythmic textures seem to have their roots in the tech movement that was present at the end of the eighties. rotor adds rhythmic synth fills and hence turns the tekk basic into 'electro-punk'. the end result is a hypnotic, hard and danceable record. ok, maybe one comparison to a band is allowed - imagine pan sonic with heavier beats (listen to 'wolfish' or the title track).

these hard, bassy minimal techno tracks will scourge your sinful flesh - we know that you hide those kate ryan cds behind your bedroom wall. confess ! repent ! revoke !