medicine for the meaningless 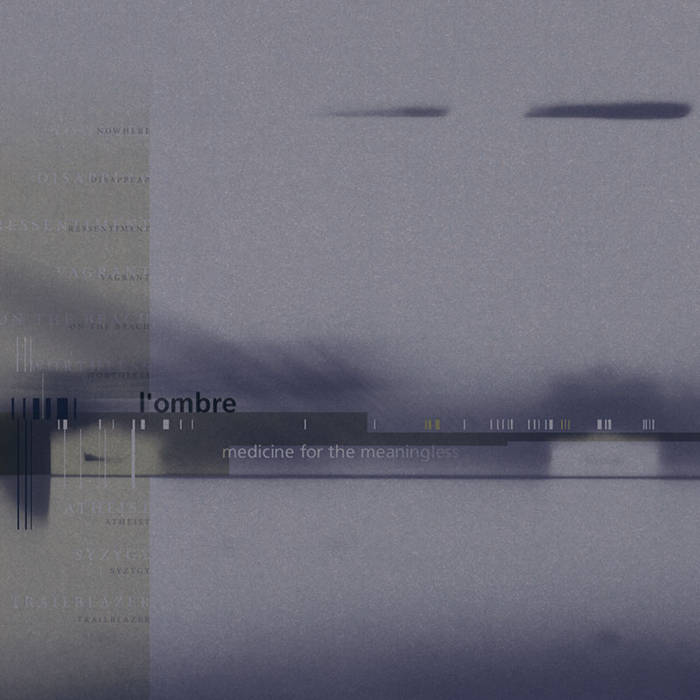 unique sounds are hard to find, but there have been and there will always be young, creative artists who surprise labels and - hopefully - listeners.

a demo cd-r sent to us by canadian musician and poet stephen sawyer caused enthusiastic comments on anthill. yes, we wanted to sign his yet unknown project l'ombre and now ant-zen proudly presents the phantastic debut album of this artist.

what l'ombre's works are about: atmosphere. hypnotizing ambient soundscapes that makes you want to listen and feel. let yourself go, drift away into a haze of images and scenes. the mood of this record can be described as 'icy ambience'. cold drones meld perfectly with sounds of electronic and even acoustic instruments. watch the northern lights while listening - if you can't, just close your eyes, then you will see...

'medicine for the meaningless' can be described as a fascinating, imagined soundtrack with a great variety. listeners who chill out will find themselves drawn happily into the details upon repeated listenings.