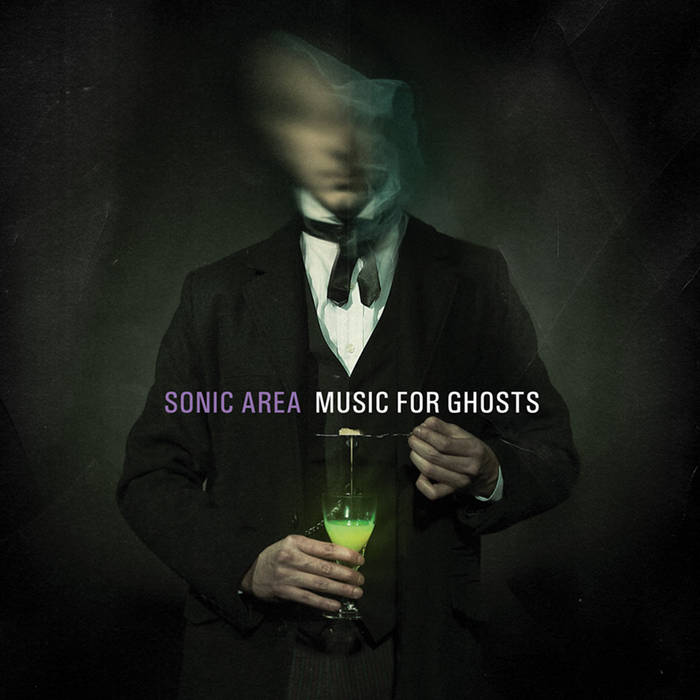 Kyle Finn This album is all over the map - amazingly dynamic and creative. Favorite track: haunted hall motel ballade.

"do i believe in ghosts? it depends what you mean by ghosts. but if the question is: am i haunted? i would definitely say yes. whatever you might call it. the more one sees the world dying, the more one feels alive. do not fear what it takes to get you there. manifest yourself." arco trauma

sonic area is a quest to enlarge the doors of a living and therefore unpredictable sound universe. this project, which has been alive itself since 1997, is the alter ego of arnaud coëffic aka arco trauma (chrysalide, f.y.d.), co-founder of the french audiotrauma collective where he has published most of his releases. he has more than 100 live performances all over europe under his belt, and has collaborated with artists like punish yourself, hint, morbid angel, twinkle, ambassador 21 and muckrackers. disturbing, unexpectable and sometimes hard to describe, he admixes electro hybrid experimental, cinematic orchestral atmospheres, tribal industrial, hard-glitch breaks and lush ambient soundscapes carved with sampler, groove box and computer modifications.

what if you could travel in a musical h.g. wells-esque time machine driven by steam? what if danny elfman made a 'blade runner' soundtrack directed by david lynch? inspired by classical and experimental american sci-fi / horror / phantastic movie themes, by german epic composers and by the aesthetic of french romantic melancholia, the incantations of 'music for ghosts' invite us into an imaginary ballroom / seance / circus / cabaret / theater / motel full of dancing shadows. performed with orchestral string samples, haunted organs, deep granular basses, suggestive vintage sounds, triple time harsh broken beats, melancholic piano lines and even post rock electric guitars, this album creates an elegant alchemy between modern classical and industrial 'avant garde'. mixing waltz, ballade, parade, ritualistic beats, progressive, heavy and conceptual atmspheres, it proposes an original and complex vision of our 20th century lost illusions. ghosts might even dance better than us, but they need the music for it. this is your invitation to join them, and to decide whether this is a danse macabre or a dance of resurrection.

"so now for the living let the dead come alive and shake your bed..."