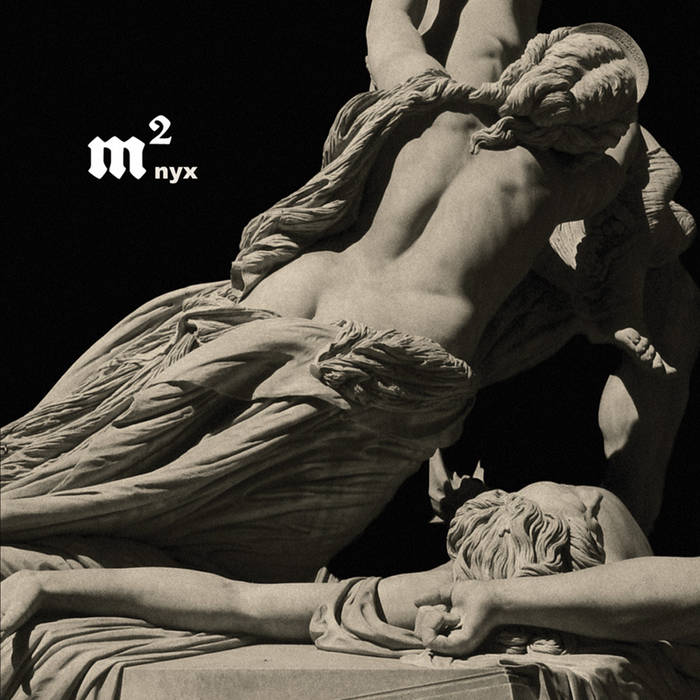 following the fantasy influenced 'war of sound', the exotic 'aswad' and the haunting 'frozen spark', mathis mootz produced his latest concept work, 'nyx' (night). 'nyx' is not only the album title but it's also the ancestral name of the eight greek goddesses and gods that are the inspiration for the track titles. mootz says that this work "is the most satisfying squaremeter release since i started the project".

the name of the first five mythological statures characterize an attribute for which they stand for: vitiation (moros), death (thanatos), sleep (hypnos), discord (eris), retribution and revenge (nemesis). the last three tracks are named by the moires (goddesses of faith): klotho, spinning the thread of life, lachesis who decides this thread's length and atropos who cuts the thread relentlessly.

nyx and her descendants represent the dark regions of greek mythology - self-evidently 'nyx' is the aural implementation of what these figures stand for. the deep drones, bass pulses and disturbing soundscapes seem to originate from some otherworldly region and worm their way through the listener's psyche (and into nightmares). often, releases of this genre have a cold icy mood but the spirit of 'nyx' is red-hot - even when the deathless long pauses occur within the tracks. except for 'nemesis' no rhythmic structures will be found here as an anchor. time itself seems to be invalidated, experiencing this album will be as if you slipped into a black hole for an eternity. this is like watching waves crash against rocks in slow motion: there's a sense of movement and development, but it's almost as if that development is taking place on a grander time scale than what we are able to grasp. truly epic and massive: enveloping and cleansing, the sound of tectonic plates colliding.

adjust the headphones - references are legion.