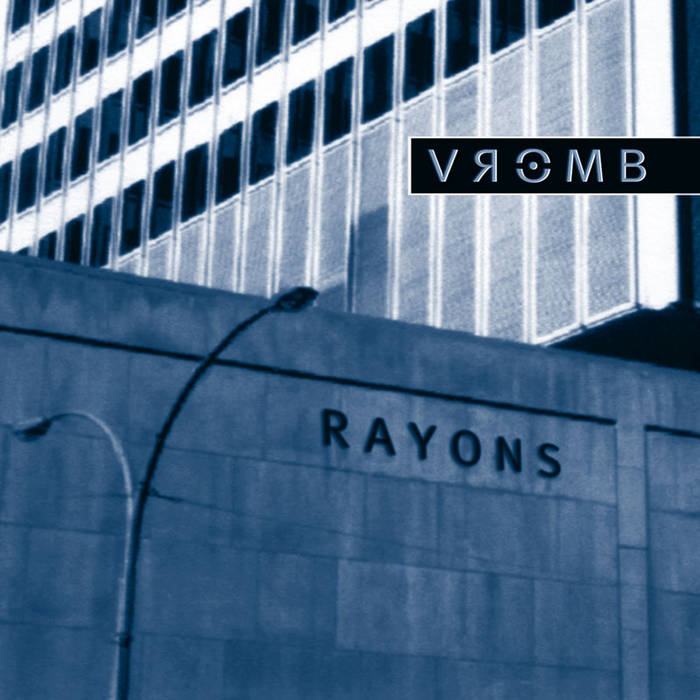 hugo girard's (a.k.a. vromb) input has grown enormously during the last few years. it started in 1993 with the release, 'jeux de terre' (now re-released) and then continued with only a few releases over next six years. but since 2000 there have been at least two records a year. in 2003, after his first split release with szkieve and a 10" vinyl, the fourth full length vromb album on ant-zen, 'rayons' (rays) will be released on cd and vinyl.

girard's intention on 'rayons' is to translate several kinds of rays into music – ranging from sunbeams to optical rays. so, 'rayons' can also be seen as an aural sight-seeing tour. the 'speed' factor is that of a person moving (whether by foot or in different vehicles). this movement was transformed into rhythmic patterns. imagine the aural equivalent of taking a walk during a thunderstorm ('éclairs') or feeling the sun peaking through a clouded sky while window shopping ('boulevard').

all sounds were generated with analog and digital synthesizers. the listener might believe that they are hearing modulated samples but this is not true. it is once again, an example of girard's virtuosity in creating 'naturalistic' soundscapes with pure electronic equipment.

for the images on the album cover, girard gave the photographer, alain gauvin the basic audio tracks for inspiration. the final musical structure on 'rayons' is based on inspirations from gauvin's pictures which were taken in the montreal area.

so close your eyes, let yourself go and feel the rays coming out of your speakers. also, look forward to vromb's live appearances in europe and canada at the end of this year!