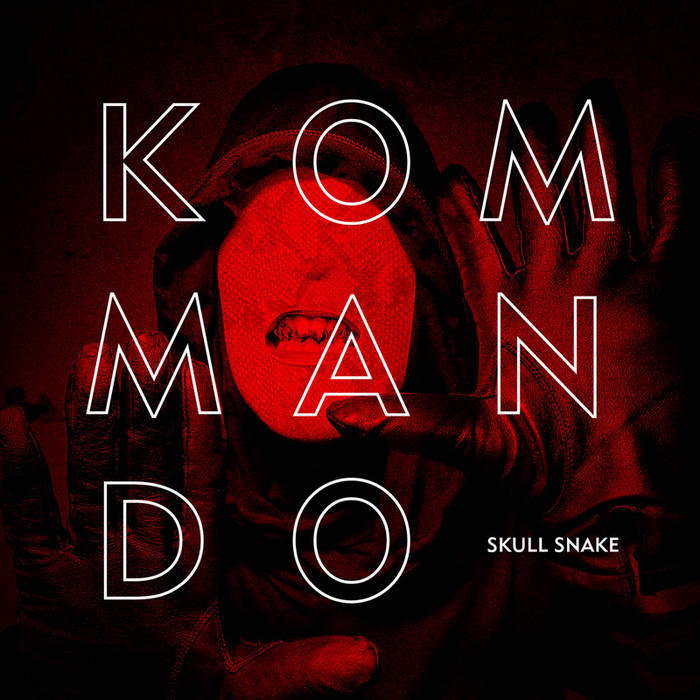 the serpent, a symbol of powerful evil and chaos from the underworld as well as a symbol of fertility, life and healing - a creature mankind has known from the beginning. dan courtman a.k.a. kommando chose to get into the detail, the aspects of the snake as the subject for his' sixth release, 'snake skull': its biblical meaning, its skin, its venom, and also the places of horror, torture and even death that european legends and fairy tales labeled snake pits.

kommando's musical trademark right from the start has been to find footholds that belie the confrontational nature of the power electronics genre by pairing subtlety and diversification with aggression and rabidness. death industrial, power electronics and dark ambient are symbiotically combined in a mesmeric and ritualistic way and produce dark, gloomy atmospheres delivered with intent and dedication. brick walls of slow-pace kick drums and immersive loops build a solid foundation for heavy synth lines, noxious waves of distortion and well-thought-out vocal processing. these unholy spoken meditations are performed by dan courtman himself, except for the 'serpent seed' track where kommando presents swedish artist th. tot aka trepaneringsritualen as a guest vocalist.

claiming and accessible, rhythmic and seething at the same time, 'snake skull' is an oftenly static genre's enrichment, advisable to broad-minded listeners an increased awareness of past, present, and future.