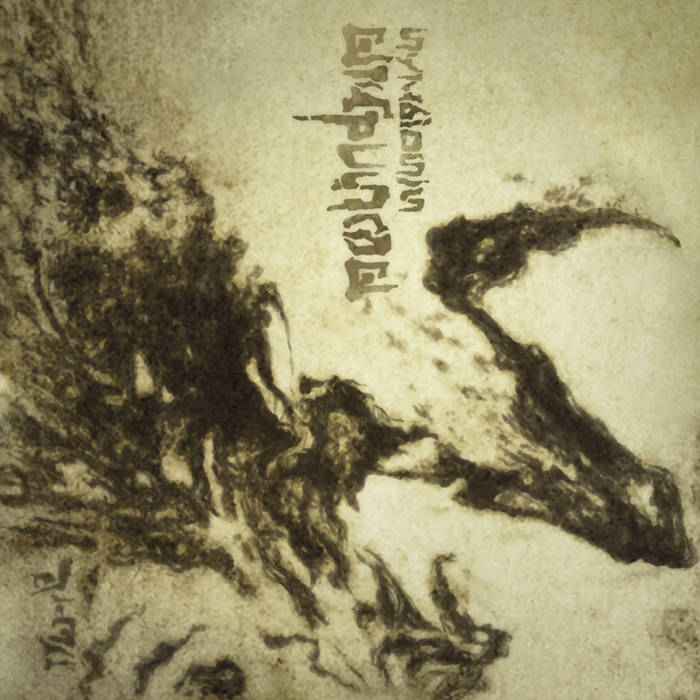 empusae is a project created by nicolas van meirhaeghe, aka sal-ocin who, amongst other things is a member of this morn' omina, tzolk'in, project arctic and also works as a live member of ah cama-sotz and in slaughter natives. when listening to empusae's music, you're lost in dark, melancholy, tribal electronic atmospheres and frightening, ritualistic ambient - a soundtrack for the listeners personal dark fantasies. sal-ocin is always open-minded about working together with other artists, as can be heard on his previous works with oil 10, nick grey and shinkiro. 'symbiosis' is a perfect allegory of his intentions for this album where he merges his creations with the additives of other artists' music and artwork.

'one and the same' features tomas pettersson and rose-marie larsen from stockholm's well-acquainted neofolk and martial industrial group ordo rosarius equilibrio. mighty drum patterns, a hypnotic piano line and mind ensnaring vocals result in a perfect album opener. 'deceivious water' combines melancholy, dark ambience and menacing atmospheres, including vocals by the swedish medieval-ambient project arcana. in slaughter natives, a pioneer of symphonic industrial contributed vocals and lyrics on 'dissection of purity', a fiery rhythmic track with gloomy death industrial influences. christel morvan aka nesisart who made the artwork for this album contributed vocals and lyrics to the haunting and ritualistic, 'la rivière noire' where dark shallows hide beneath the apparent ease - beware... . the calm and relieving 'seven types of ambiguity' is a recent collaboration between empusae and nicolai riccardo (nick) grey after the 'simple black lines in a diagram' release five years ago - beautiful moody ambient for relaxational purpose. the purely instrumental 'kralizec' releases the mindful listener with sable sentiments on pulsating beat structures showing sal-ocin's impressive musical skills once again.