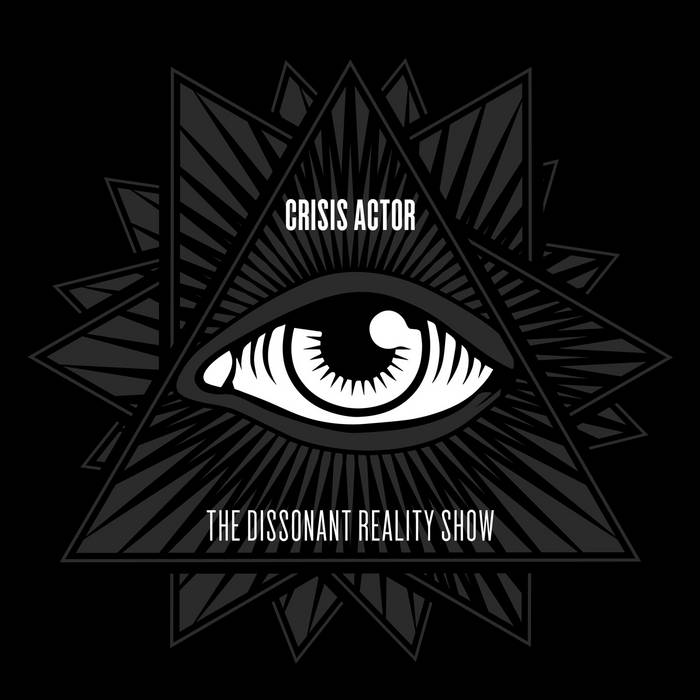 'the whole aim of practical politics is to keep the populace alarmed (and hence clamorous to be led to safety) by menacing it with an endless series of hobgoblins, most of them imaginary.' (h. l. mencken, 1918)


the jarring, myriad slivers of an atomised and infinite consciousness or the velveteen hologram of an ominous electromagnetic matrix? that is the question at the heart of the new crisis actor single 'the dissonant reality show' - crafted by david thrussell, tony d'oporto and nick woolfson as a luxuriant, challenging downtempo missive.

the eponymous title track is presented with a manifold of fine remixes and extended versions as well as excellent remixes of the album tracks 'tor', 'bringer of war' and 'electronic eye'. on the remixers' list you can find well-known contributors like dead voices on air, displacer, iszoloscope and tripswitch (who also did the mastering), and artists who might be yet unheard to some listeners like d-echo project, xspance and solid state.

just when you had crisis actor pegged as new-school ebm brainiacs they take a right turn ...and go all sophisticated, cerebral and edgy. a future classic.