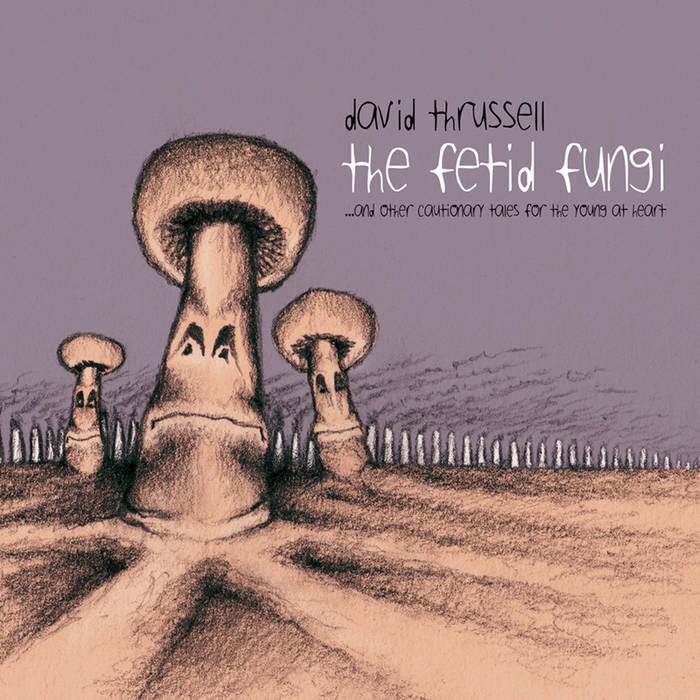 david thrussell is perhaps a poet trapped in the body of a hillbilly or maybe he is a hopeless romantic hidden in the twisted frame of a dark electronic musician. late at night thrussell fantasizes that he actually lives next door to hieronymus bosch in medieval europe and has hallucinated the whole dreadful modern era - hallucinations due to acute ergot poisoning. we are not entirely convinced that this is not the case. the world knows him (if it knows him at all), as the creator of a seemingly multitude of obscure recordings (snog, black lung and soma amongst others) and film scores (the hard word, thunderstruck etc). the world may (or may not) know him soon as an author of unhinged children's tales for a particularly depraved kind of adult. an adult that lives on the dark slope of a forgotten mountain and was last seen having an animated conversation with some rocks and a shrub. he is, to be frank, an odd little man.
he is also the proprietor and head curator of the omni recording corporation. thrussell cites no great burning desire to be a recording industry mogul (in fact just the opposite) but nobody else seemed to be digging up these aural treasures - so he stepped up to the plate. for our sake, if for no other reason, please humor him.

'the fetid fungi' is thrussell's second spoken word album. like 'the voices of reason', released six years ago, it can not be seen as an 'audio book'. thrussell with a dark haunting voice speaks about mushrooms, diseases of civilization, the impact of machines on man, fear, and harassments. these illuminations are accompanied by soundscapes which are also used to introduce and to mesmerize the listener. 'ringtone', which can also be watched as a short film, is a modern adaptation of e.a.poe's 'the tell-tale heart'. in this version, technology has replaced the function of the human organ.