the sound of love impermanent 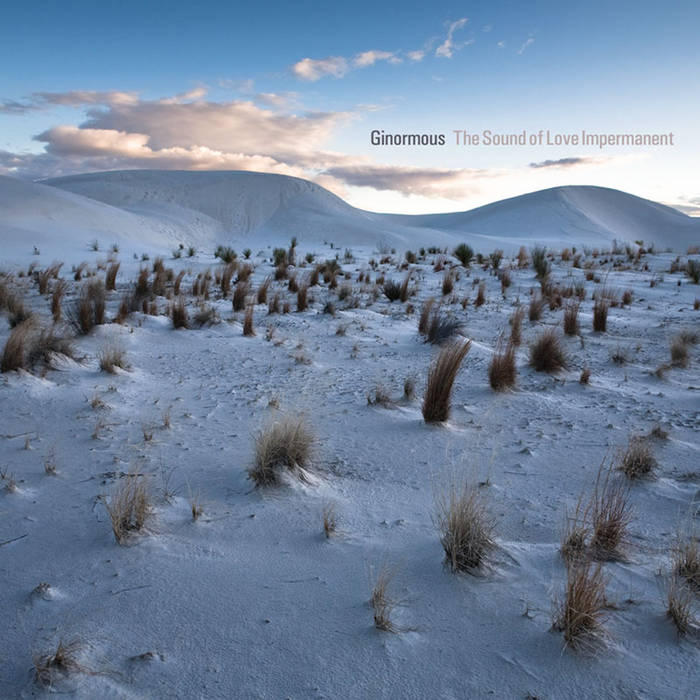 "a few years before the making of this album, lisa wahlander introduced me to the choreography of maria gillespie and her company, oni dance. i immediately connected with maria’s work, and was especially drawn to her music selections. i asked lisa to give maria my first two albums as well as a deru album from my good friend ben wynn. some months later in the summer of 2006, maria incorporated my track “to reveal interiors” and deru’s “only the circle” into her beautiful, haunting piece “la hora de salir.” it was the first time that either ben or i had seen dance choreographed to our music. since i listen to and create my music largely in solitude, i never realized that the experience of having my work filtered through other artists’ minds and bodies was something i so craved.

by the fall, the transition to a new studio coupled with a hectic professional life had slowed progress on my third album, “at night, under artificial light.” around this time, maria invited lisa and me to a dance performance at the ford amphitheater in hollywood. before the show maria mentioned she was working on a new piece and asked if i would write the entire score. she was accustomed to creating choreography first and adding music late in the process, but with this new work she wanted to start with the music and use that as inspiration for the choreography. i said yes on the spot.

i started working on a sketch the next day, even before i had the benefit of maria’s direction. just from seeing her work and hearing the music she selected in the past, i felt like i had enough to go on. i played the sketch to maria and she said, “that’s it. that is the main theme of the piece.” that sketch became the title track on this album. i put my “artificial light” project on the backburner and started churning out more sketches for maria, with her direction and input.

unlike the sluggish work of finishing my album, the dance score poured out rapidly. creating music for someone else’s purposes seemed to be all i needed to gain momentum again. not only did it satisfy a longstanding desire of mine to make more spacious and patient music, but it was also a welcome occasion to incorporate the talents of friends, providing a home for some unfinished, collaborative sketches, and motivating us to make some new music together.

i produced more music than maria could fit in her dance, so we had to cut tracks and edit the remaining ones down to fit into a tight half hour. that process was painful, but i got through it with the knowledge that i would eventually craft a full-length album from the work produced for the score. the dance, titled “the splendor of gretel,” premiered to a sold out audience at the ford amphitheater in july 2007. seeing maria’s stunning work set to the music i created for her that night was a deeply moving experience."

even if you will never have the opportunity to watch the dance score, this album works perfectly as a mindscape soundtrack. electronic sounds, classical strings, guitars and gentle vocals are the components for this fascinating work of art. stylistically, 'the sound of love impermanent' can be described as an amalgam of ambient and contemporary orchestral music enriched with the addition of post rock structures. a remarkable release by a well-respected artist - give it a try!