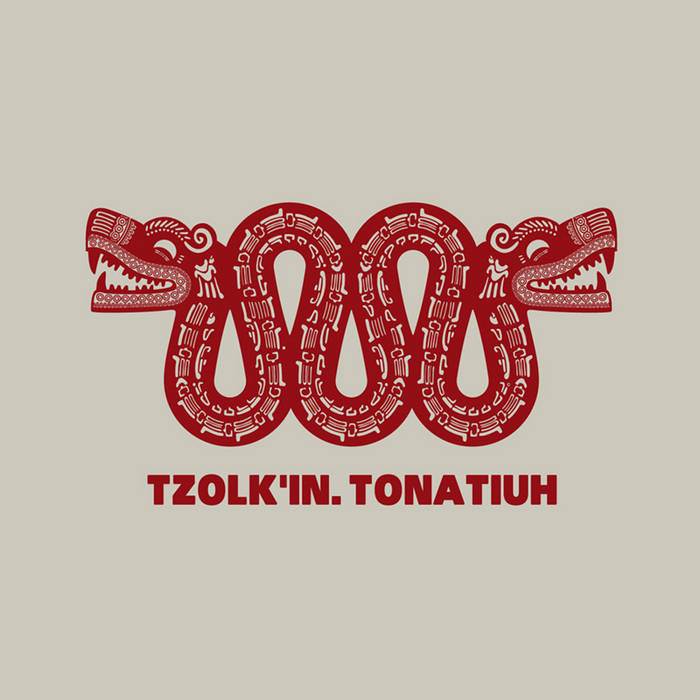 "in aztec mythology, tonatiuh (nahuatl language: ollin tonatiuh "movement of the sun") was the sun god. the aztec people considered him the leader of tollan, heaven. he was also known as the fifth sun, because the aztecs believed that he was the sun that took over when the fourth sun was expelled from the sky. according to their cosmology, each sun was a god with its own cosmic era. according to the aztecs, they were still in tonatiuh's era. according to the aztec creation myth, the god demanded human sacrifice as tribute and without it would refuse to move through the sky. it is said that 20,000 people were sacrificed each year to tonatiuh and other gods, though this number is thought to be inflated either by the aztecs, who wanted to inspire fear in their enemies, or the spaniards, who wanted to vilify the aztecs. the aztecs were fascinated by the sun and carefully observed it, and had a solar calendar second in accuracy only to the mayans'. many of today's remaining aztec monuments have structures aligned with the sun. in the aztec calendar, tonatiuh is the lord of the thirteen days from 1 death to 13 flint. the preceding thirteen days are ruled over by chalchiuhtlicue, and the following thirteen by tlaloc."
(reference: en.wikipedia.org/wiki/tonatiuh)

tzolk'ins third album's concept is the aural implementation of aztec mythology's deities. besides tonatiuh as the title, the gods chosen by the flint glass / empusae collaboration are: quetzalcoatl (the god of arts, crafts and knowledge, mictlantecuhtli (god of the dead and the king of the lowest and northernmost section of the underworld), tezcatlipoca (a central deity, associated with a wide range of concepts including the night sky, hurricanes, obsidian, enmity, discord, governance, divination, temptation, sorcery, beauty, war and strife), tlazolteotl (a goddess of filth, sin, vice, and sexual misdeeds), xipe totec ('our lord the flayed one', a life-death-rebirth deity), nanahuatzin ('the sun god', represented as a man emerging from a fire, originally interpreted as an illustration of cannibalism). the idea that people were servants of the gods was a theme that ran through aztec mythology. humans had the responsibility of keeping the gods fed - otherwise, disaster could strike at any time. the food of the gods was a precious substance found in human blood. the need to satisfy the gods, especially the sun god, gave rise to a related theme: human sacrifice.

from the onset, the listener is immersed into an inner vision of beauty, atrocity. darkness, emotional soundscapes, ambient spheres and pounding rhythmic patterns. overall the effect is that of fusing meditative tribal atmospheres with dark voids. ceremonial deep tones merge with dark ambient industrial music - which is all kept together by tribalistic electronic grooves and acoustic percussion.

once again tzolk'in achieves musical, technical and spiritual success without sacrificing critical artistic engagement with apocalyptic motifs. tonatiuh is an idiosyncratic, ritualistic vision of post-industrial divination. translating the atmosphere of an ancient mythic age for the listener of today - while perfectly using today's technology.