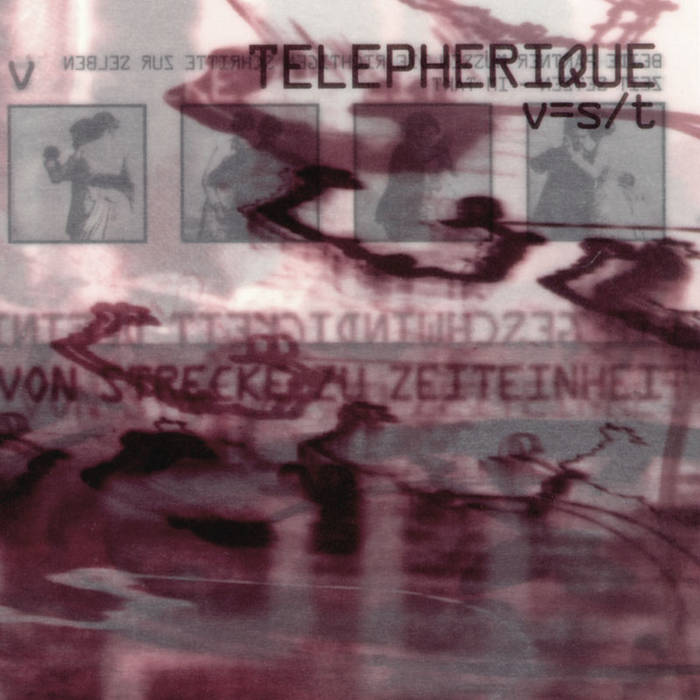 v = s / t is the 3rd cd by telepherique; a concept album about the formula of speed. they offer the most complex soundscapes by combining elements of chilling ambient, industrial, noise, and drum&bass.

like the formula v = s / t, life itself is also closely connected to different influences.

v contains the track ‘bewegung,’ from the performance in mainz, germany 1992, which became a legend in rhythmic post-industrial. there are three main parts, which shall be marked by v: gaining the consciousness that life is moving faster and faster without notice, because we're existing within the complex. the movement itself is expressed by the dance of active visitors during a performance. the support of a communicative movement gaining the understanding of proportions.

s: because of the fast development and stimulus satiation, phobias, fear, and panic-attacks are arising. one possible way to overcome this, is the stimulus-therapy, or a deliberate way daily life in which you make certain conscious decisions about what things are important.

t: observing nature, you notice the rhythm of life, which states silence and order - quite the opposite to the activity of man. our lifetime also depends on how we live our lives, and how fast we're willing to change anything.