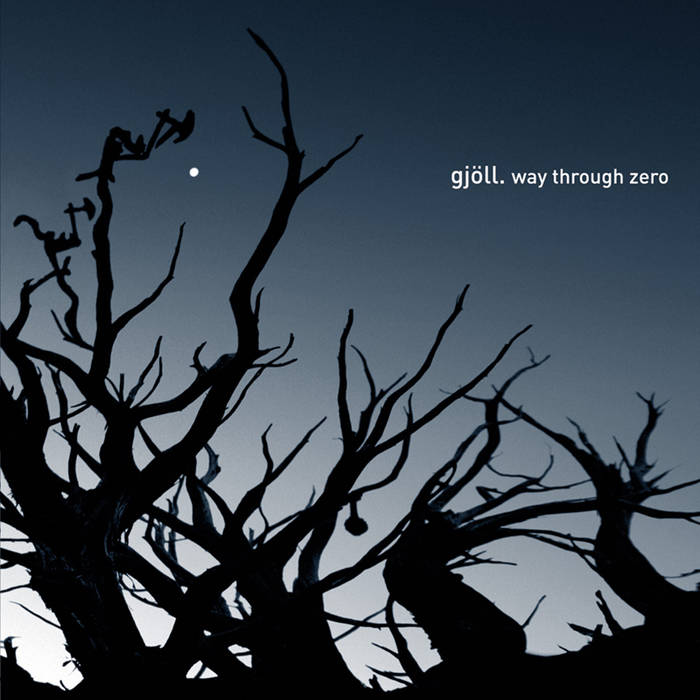 "'way through zero' is dedicated to individuals who burn the flags of nations." (gjöll)

there is more than one meaning for 'gjöll' - one of these meanings can be directly translated: noisy, clamant, thunderous and raging. gjöll is the 'river styx' of norse mythology - the river located at the underworld's edge.
more info: en.wikipedia.org/wiki/norse_mythology

the music, lyrics and artwork of this cd should be seen as a conceptual work. the lyrics in icelandic tell a story of a man´s anger evolving. in the beginning this person is pessimistic, moody, powerless and always hiding his head in the sand. the second part shows his rising anger toward the powers that oppress him - part 3 shows the pure hatred which seemingly absorbs his soul and drives him into madness. but then in part 4 a process of analysis and rethinking takes place: he realizes that the only way to fight his oppressors is to change one’s perception - power is only existent as long as individuals give it the right to exist. the man finds peace as soon as the vicious circle is broken. "the beginning of all revolutions - and maybe the only real revolution existing" (gjöll).

within the first minute you will be haunted by the story's musical visualization. each of the five parts stands for itself, showing the evolution of the man’s mental state: from depressed to aggressive and then finally released. various astounding sounds are found within its isolated shell - pulsing sub-basses, synth layers over a driving rhythmic sequence, noise drones, ambience with high frequency sonic attacks and silent melodic phrases. if we should dare a comparison then the scandinavian dark industrial sound isn't that far from the 'way through zero'.

an important fact about the album's concept: this story happens in the present. moralists, advertisements and politicians are mentioned by gjöll as oppressors; while today's western consumer society is the cause of anger and hate.
besides the mythic 'nostalgia', the pictures of nordic rune stones included in the plain, beautiful artwork are part of gjöll's self-conception: "these stones carry memories of the past and all our digital creations will never last that long. we will be a gap in history. we don´t have any romantic visions of life having been very nice in the viking times, when the runestones were made, but back to those basics is where we might be going." (gjöll)

an outstanding release. recommended to the open-minded listener.