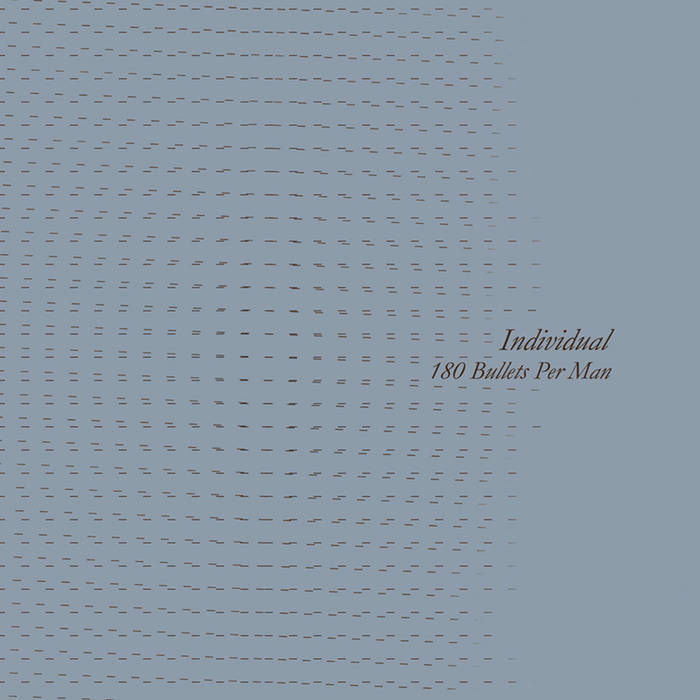 in battle there is no law. (bolt thrower)


the open minded listener knows marc medea as one half of the belgian duo, silk saw and now the listener will also know marc medea as the man behind individual. individual, medeas solo project, debuted on ant-zen with his appearance on the 'daruma' compilation’. the compilation featured the short version of '180 bullets per man' - the title track of individual's first album, also presented by the antz.

medea's definition of this album:
'an abstract battlefield combining subbasses & furious rhthms, low wavelengths & sharp metals, dry kicks & pricks. declined in multiple layers of sonic masses, from the slowest organic mood to the fastest cold grinding, these resonating terrorbeats have to be understood as a refusal of all compromises and the expression of a methodic anger.'

individual's focus is that of using rhythmic patterns to create a psychic (or even maybe a psychotic) mood - if you are willing and able to discover this listening experience then you will find yourself trapped in a complex building of rhythms and drones.

'180 bullets per man' is a subliminal war against your aural senses.

deconstructed in the grey area, late 2002