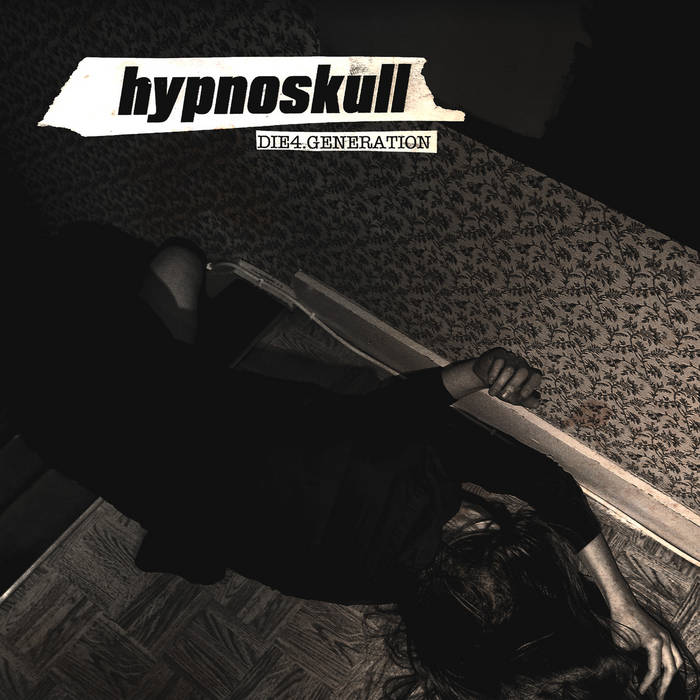 thestonecurator Awesome album, i'll be playing a lot of this in my hybrid sets! Favorite track: über die brutalität.

chriscoreline I dont know if this is a concept album of a club killer, it docent even matter anymore, Hypnoskull has been an inspiration to me musically, culturally and politically. A living legend invites us on another journey; So lets dance.

'im grunde sind alle ideen falsch und absurd. es bleiben nur die menschen, so wie sie sind ... ich bin von jeder ideologie geheilt.' 'after all i know that all these ideas and dogmatic thoughts are wrong and absurd. at last only human beings remain. and they are what they are. i am cured of the illness, to follow any ideology.' (e.m. cioran)

patrick stevens’ hypnoskull project celebrates a 25year birthday in 2017, after it saw the light in june 1992, resulting in first recordings in the summer of 1992. ‘die4.generation’ digs deep into one of the most remarkable periods of post-war europe and more particular germany. growing up between belgium and germany, patrick stevens tried to relive the images from his childhood - like in fassbinder’s film ‘die dritte generation’, with a constant stream of the sound of television and radio in the background, this album is full of disturbing audiosnippets from late seventies and early eighties german news. ‘terrorism’, ‘death’, ‘ideology’, ‘violence’. all these messages and images were the background of a so-called peaceful childhood in a period where the cold war conflict reached heights (and ends in the same time).

‘die4.generation’ is an album about ideology, and the point-of-no-return called violence. it tries to understand the concept of resistance, and in the same time vaguely search for new forms of resistance. it is not a political, but rather a philosophical attempt to grab the idea, actions and failures of entire generations and to underline the importance of living a life dedicated to the human individual capacity to ‘think’. in times of extreme polarisation and propaganda, that is about the most powerful ‘weapon’ each of us has. on a musical level, ‘die4.generation’ builds further on the path of the ‘immer wieder nein’ album and on the earliest roots of the hypnoskull project where rhythms and techno were combined with noise and industrial music.

hypnoskull is amongst others one of those pioneers who were the first out there to experiment with 4/4 technoïd rhythms in combination with abrasive and anarchic electronic noise. ‘die4.generation’ returns to these roots, but in a contemporary way using all the available production and studio techniques of these days. in combination with the content, the questions it wants to raise, and the form, this album is also the first release to carry the ıʇuɐ/techno label - a label and platform started by hypnoskull which aims to indicate a subversive approach of techno in as well form and content.