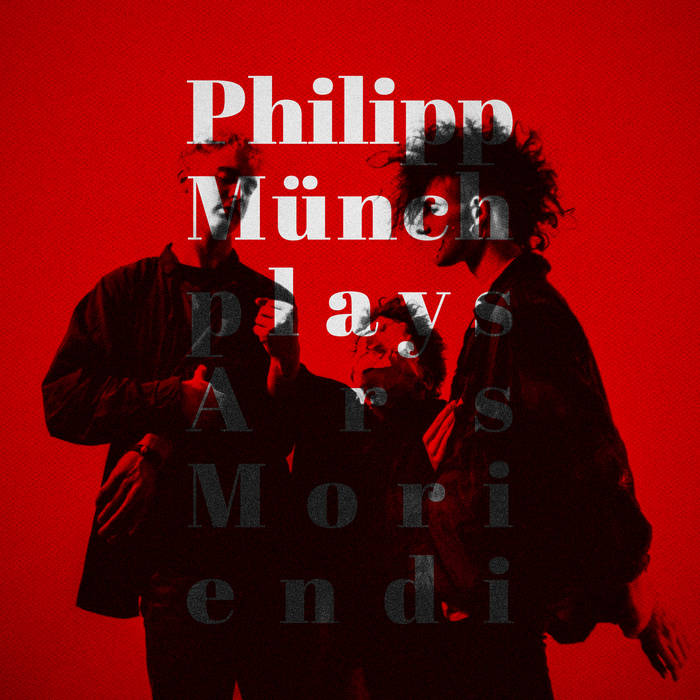 know your history: ars moriendi originated in the - undisputedly historic - autumn of 1989, more a collective than a band, teeming with youthful energy and idealism. in the following five years they would record half a dozen albums on their very own fich-art label, stylistically shifting from industrial-with-punk-rock-aesthetics to an exploration of deeper and darker musical realms. these cassette-only release were later recollected on a lavish ant-zen retrospective, and while the single members were already continuing their creative efforts recording and performing in units such as asche, templegarden's, morgenstern, monokrom, mandelbrot and synapscape (to name a few), ars moriendi also graced the maschinenfest stage in 2002 and 2008 for reunion shows. seminal, influential, legendary - one may choose the adjective of his own liking for this band, it's all true.

life in the here and now: these are unsettling and uncertain times, so the music of ars moriendi is as topical as it was back then. and, their music is simply too strong to just sink into oblivion, so philipp münch (who has been the most constantly active musician of the original line-up) as the trustee of the ars moriendi heritage has meticulously re-recorded twelve original tracks with contemporary means of production. rhythmic bangers like 'deeper trance', 'meiner selbst' or 'splatter me!' pack a punch, upfront tracks like 'bewegung' or 'valium' are as confrontational as ever, 'kingdom ov trust' represents the solemn and sinister side of am, and 'verworrene welt' takes us back to those apocalyptic outlooks of the passing cold war, making an alarming comeback. 'plays ars moriendi' proves the timeless appeal and importance of industrial music.

what goes around comes around: as children of the underground cassette culture, it is only appropriate ars moriendi should re-emerge with a cassette release. and, in true keeping of their communal spirit, philipp münch could rely on a string of vocal and musical contributions from former ars moriendi members and companions: m.o.a.t.a.-omen and hell-g, tim kniep and babsi teichner, asche/morgenstern - and their children lilith and leigh, an appropriate gesture of passing on the legacy.

philipp münch: vocals, synthesizers, programming, percussion, bass guitar. 'bewegung' with strange microphonic soundbox bowing by b.teichner. 'stimulation' with vocals by joky and screams by lilith and leigh. 'kein wille' with vocals by m.o.a.t.a.- omen. 'valium' with additional rhythm programming by hell-g.. 'i want to tease you' with vocals by tim kniep. 'meiner selbst' with guitar by asche and vocals by tim kniep. 'verworrene welt' with carbon kalimba and metal bowing by b.teichner. 'armageddon' with voice by joky and guitar by asche. lyrics on 'verworrene welt' by alfred kerr.