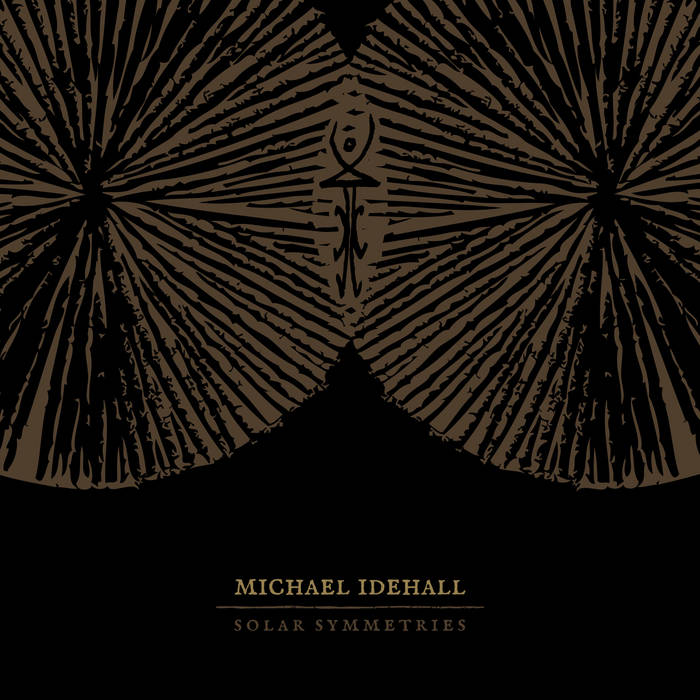 in 2012, the swedish label beläten released michael idehall's album 'sol', followed by 'deep code' two years later; both releases were combined onto one cd entitled 'deep code sol' on ant-zen. the disturbing amalgam of ambient and death industrial attracted a new audience for the swedish artist and his 'seancetronica' concept, brought to a next level with 'solar symmetries' where twelve artists push the original material's envelope with their very own breathtaking interpretations.

'solar symmetries' is compiled from different sources, however it is collected and mastered to become a monolithic unit. idehall's deeply intoned lyrics are underlaid with intense, threatening soundscapes generating rhythmic structures from repetitive patterns and a mesmeric slightly distorted voice. mighty bass drones, icy electronics, straightforward beats, even tribal percussion are the elements alternating for this diversified sonic revision.

on this release you will find well-known names like tanz ohne musik, nordvargr and synapscape as well as artists you are yet to discover like grand mal x, tony blomdahl, hadewych, thoth construct, disco korrosiva, alvar, voytek, nordwall and per åhlund. a collective continuation of an initial mind's creation - highly recommended.