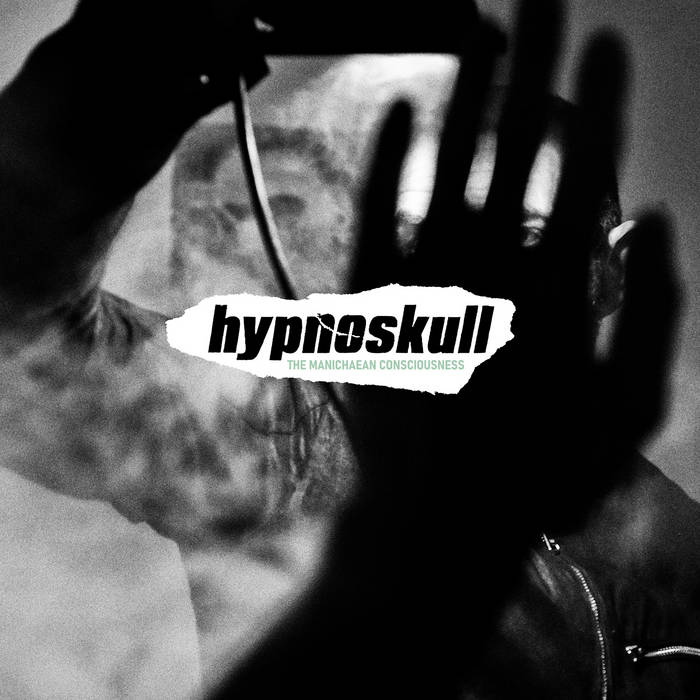 the struggle between a good, spiritual world of light and an evil, material world of darkness - the cosmology entitled manichaeism built the ideological foundation for hypnoskull's eleventh album on ant-zen. in addition, pier paolo pasolini's essay 'apology', published in 1968 was also a main inspiration for 'the manichaean consciousness'. those who are familiar with the 'die4.generation' release will recognize related topics while listening to the 'kommando g elser' track - a perpetual connection between noble purposes and the final results of terrorism. the sound on this album is based on varied beats as carriers for restrained aggression and dark, ominous vibes where canalized noise bursts interfere with technoid rhythmic loops, blurred soundscapes and well-placed spoken and sampled voices. compared with its predecessors, 'the manichaean consciousness' unleashes its force in a more subliminal way, comparable with a slow poison that takes effect late but effective. this is hypnoskull at his' very best - music that makes you move and think at the same time.

the manichaean consciousness.
this is not an apology. this is a statement. an attempt to not suffer in these times of violent dualism. the era of the false glorification of the so called reason and the well thought over argument. the era where some of us believe we can fight opponents by using the pen, the argument, the thought. how i wish i could agree with them. how i wish the opponents would have the exact same spirit. yet they don’t. did you arrive at this manichaean consciousness all by yourself? did you? how? or is it one of those things you ‘feel’, not knowing where the feeling comes from? most likely it is one of those shadow-casting thoughts again. that desperate need to cover yourself with a dark blanket, being all negative and against everyone, everything, and all. the fine art to obfuscate every meaning, sentence, every idea. what else to do? follow this or that ideology? forget about it. nothing good ever came out of any ideology after all. given this total distrust, i shout out from the top of my very own lungs, in german: 'die zukunft, findet nicht mehr statt!'. the (violent) revolt against your own self. the oppressed and the oppressor in one body. seeing both sides. feeling both sides. the idols, the hatreds. the abuse of power. reine schikane. to purge yourself from the fears as a victim, in order to resist. i have no idea how to use all the words in such a manner they don’t end up being distorted by connotations. if only there would be another way to make you feel what goes on inside my body. as there is no longer the need to separate the mind, the brain, the being, from the rest of that aging, functional, fragile body. plenty of bad verses, written and read, maybe even performed, by the author himself, and more to come in the future, that will end at a certain point. the future is doomed to not happen any longer, one fine day. as long as this society in one or another way respects its very own dissidents, it will continue to happen. that certainty is ours at this very moment. du hast überhaupt keine ahnung was hier vorgeht. you have absolutely no clue what goes on over here at the moment. someone should save the people from the people. before it is too late. someone should hit the tables hard, disconnect the wires, pull out the plugs. no more streams of information, no more endless but relentless possibilities, as they only manage to create a moloch of disinformation, sacrificing not one, but all. another scene: a dark, yet violent dream about a kommando named after georg elser. there’s images of a hostage holding a piece of paper. bad vhs footage. unclear if you are either the hostage, or one of the members of the kommando. television news. everything unclear. no idea what is the name, or the function of the hostage, no idea why he is a worthwile enemy. after you wake up, you end up for at least 2 days walking around with this strange feeling that you were there for real. an incredible force of reason. once again, who will be the new hero? wer ist denn hier der neue held? und wieviel zahlt er für dieses vergnügen?

recorded by patrick stevens between april and july 2018 at opm and psig laboratories, belgium.
mastered by eric van wonterghem at prodam berlin.
lyrics on ‘der neue held’ written and performed by patrick stevens.
cover photography by ira a. goryainova.
layout by stefan alt.